At this past Saturday night’s UFC 244 Event, All Elite Wrestling’s “The Bad Boy” Joey Janela and WWE’s Dash Wilder of The Revival were both in attendance and while the event was taking place, a heated exchange between the two broke out.

Both Joey Janela and Dash Wilder doesn’t seem to like the other and they are not even a fan of the other. There was one fan that suggested to Janela that he find Wilder and they “shoot an angle,” but Wilder was not interested in the suggestion at all.

Janela then said that he will look for the “booty with the tennis racquet marks on it,” which is a direct reference to how much Jim Cornette loves Wilder and of course, Cornette is not a fan of Janela at all.

Apparently, Janela and Wilder did meet and Janela offered Wilder a White Claw as a peace offering, but Wilder rejected it flat out. Janela then said that it was a shame that the WWE Superstars weren’t stuck in Saudi Arabia longer.

You can check out the heated exchange between Joey Janela and Dash Wilder below: 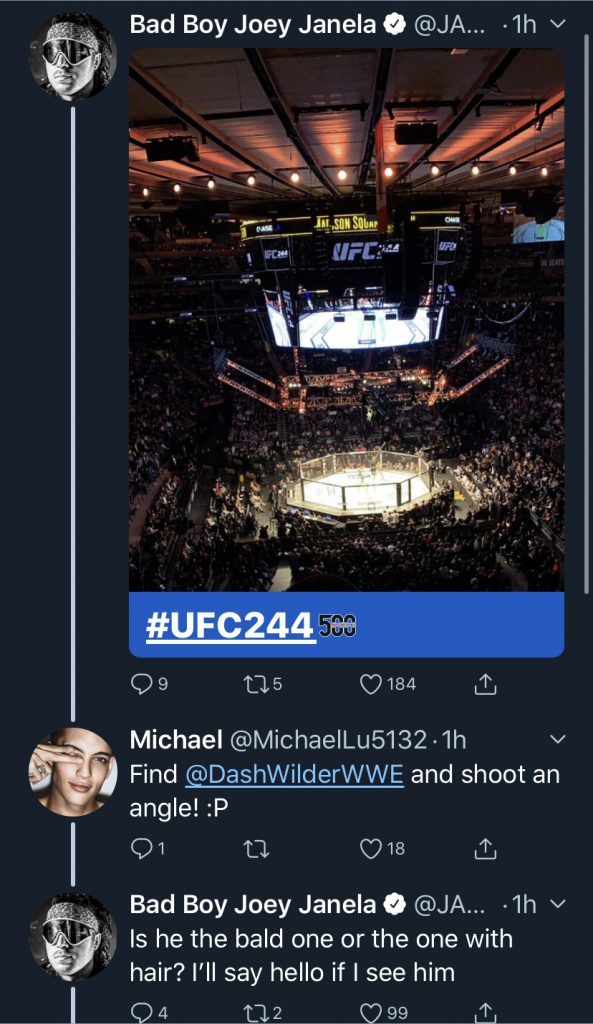 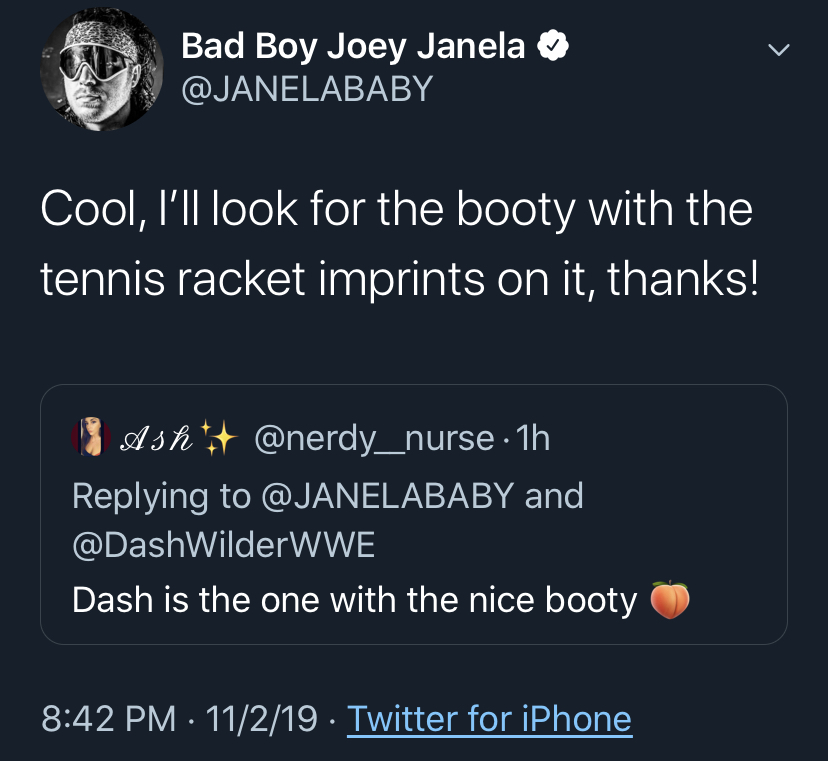 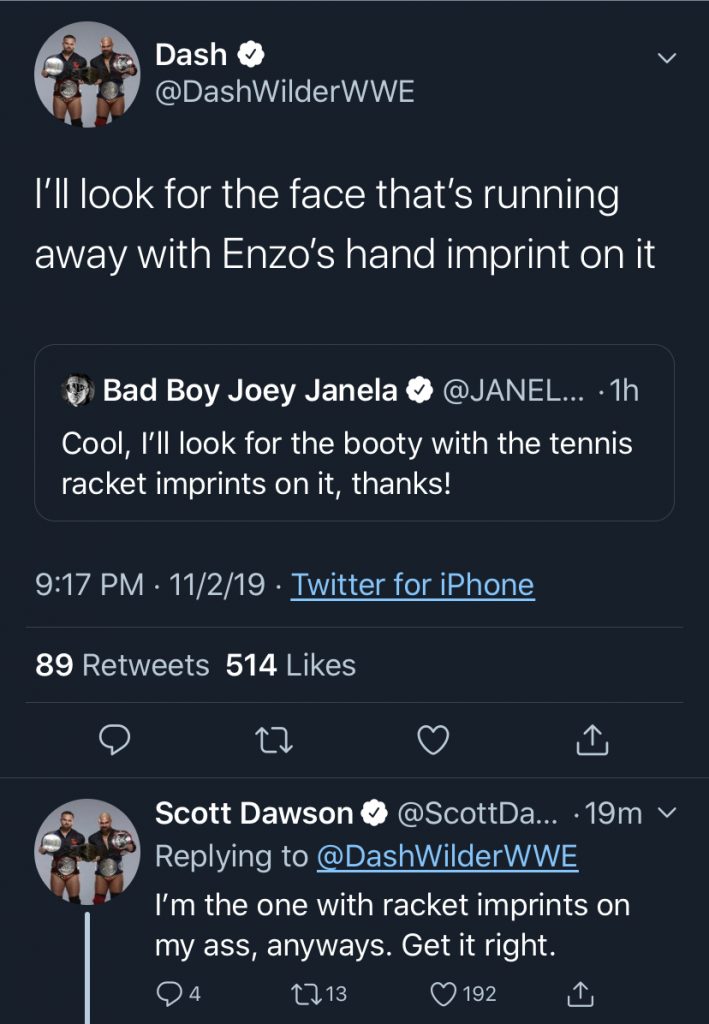 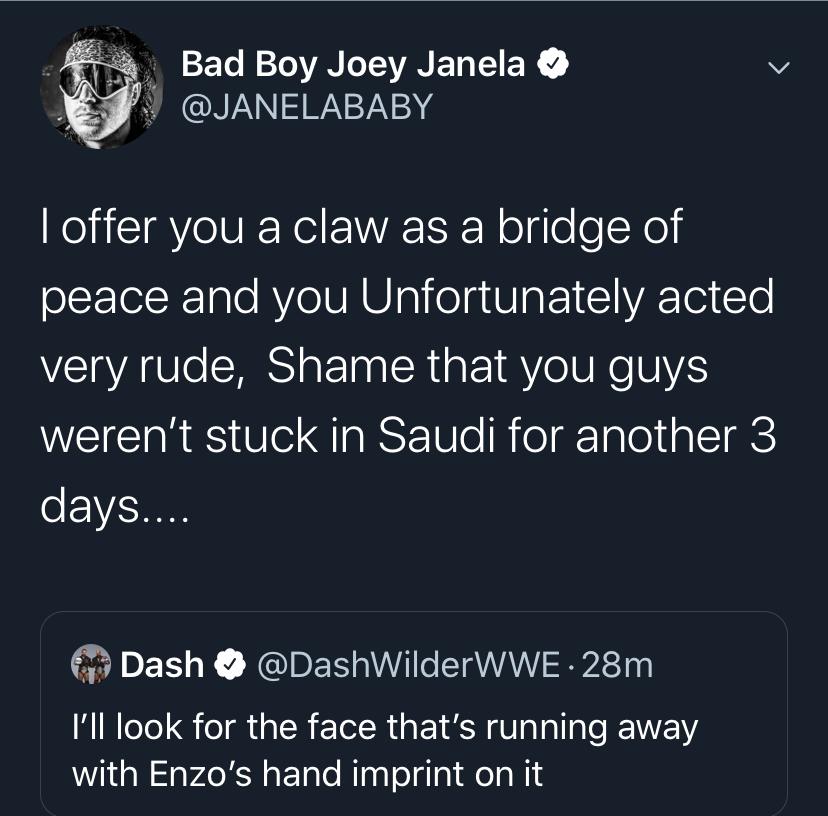