AEW Star Nyla Rose recently took to Twitter and responded to a fan who posted a GIF and referred to her as a guy. Nyla Rose’s tweet created a lot of controversy as the tweet had messages about rape and pedophilia. The tweet was later deleted, but you can check out a screenshot of the deleted tweet below. 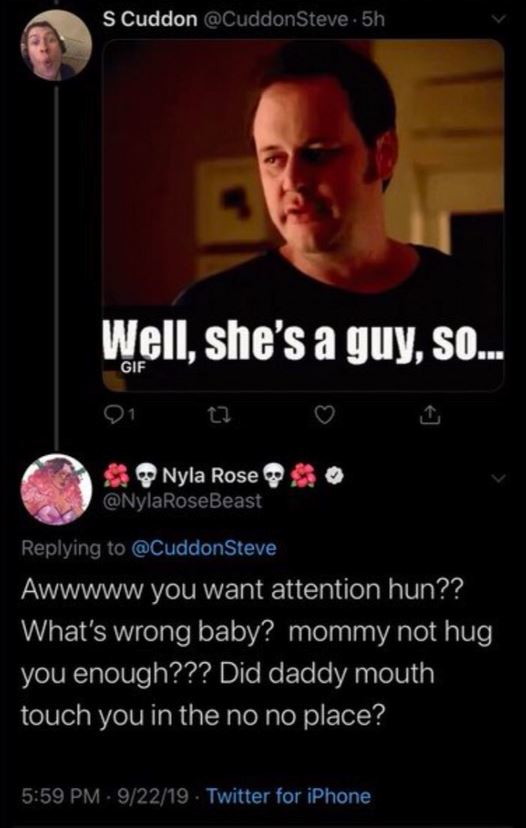 Rose then took to Twitter again and apologized for the comments she made in the controversial tweet. On Wednesday, October 2nd, which is when AEW Dynamite premieres on TNT. Nyla Rose is set to face Riho in a match to determine the first-ever AEW Women’s World Champion.

You can check out the recent apology of Nyla Rose below:

My constant goal is to be better than I was the day before. Today is no exception. pic.twitter.com/LMAuyFlrl3

Be sure to join our WWE / AEW Discord server and connect with other pro wrestling fans.
Related TopicsNyla RoseRiho

The Rock Leaves The Door Open To Compete At WrestleMania 40

Stone Cold Turns Down WWE’s Offer To Compete At WrestleMania

Winged Eagle World Title Could Be Returning To The WWE

Spoilers On Potential Names Returning To The 2023 Royal Rumble