The Elite No Longer Advertised For AEW’s Full Gear PPV

A post-All Out media scrum was held immediately following AEW’s All Out PPV last September 4th and CM Punk said a lot of derogatory words towards Kenny Omega and the Young Bucks that led to a huge brawl. As a result of the brawl between CM Punk, The Elite and Ace Steel, AEW stripped Punk and the Elite of their championships and the company even suspended Punk, Omega, Matt Jackson, Nick Jackson, Pat Buck, Christopher Daniels, Michael Nakazawa and Brandon Cutler indefinitely. The Being The Elite series was put on a hiatus as well and Omega’s appearance on Swerve Strickland’s podcast was also postponed.

Dave Meltzer noted on a recent edition of the Wrestling Observer Radio Program that Kenny Omega, Matt Jackson and Nick Jackson were pulled from advertising of several upcoming AEW events, including their Full Gear PPV Event, which is set to take place on Saturday, November 19th from the Prudential Center in Newark, New Jersey. Meltzer also noted that since Full Gear is still months away from taking place he does not know what that means for The Elite going forward.

AEW previously released a poster of their Full Gear PPV Event, which at the time included CM Punk and The Elite, but AEW recently released a brand-new poster for the event and it no longer features Kenny Omega, Matt Jackson, Nick Jackson and CM Punk, who is currently on the shelf after undergoing triceps surgery and who is expected to be out of action for 6-8 months.

You can check out a photo of the poster below: 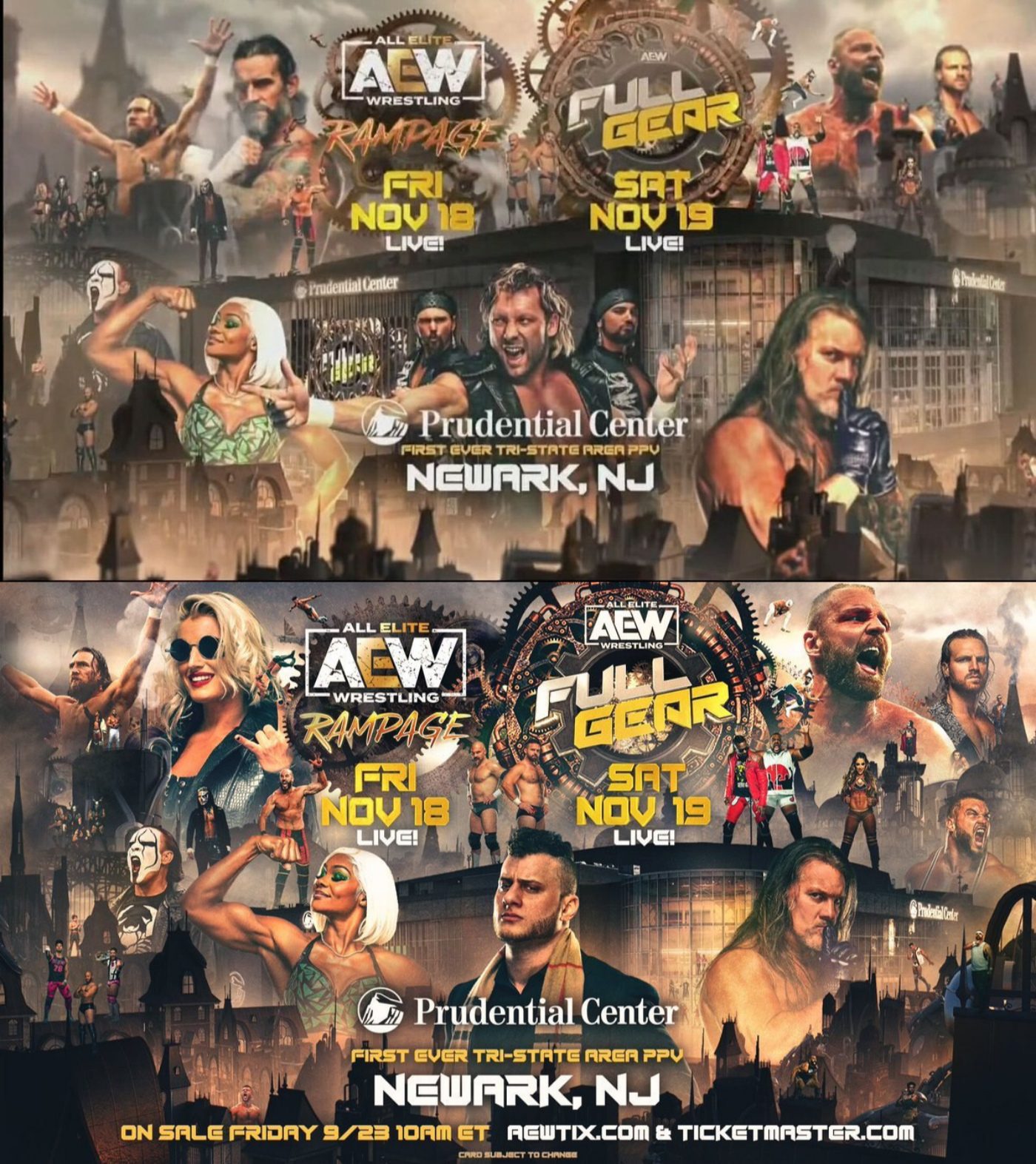 Logan Paul Suffers Injury During His Match With Roman Reigns

Candice LeRae Talks Motherhood, Stepping Away From The Sport She Loves, And How Becky Lynch Inspired Her To Return

John Cena To Compete At Next Year’s WWE WrestleMania 39

WWE Plans To Have “Craziness” In WarGames Matches At Survivor Series

Why Did Cody Rhodes Leave AEW?

First Guest/Training Partner On ‘Celtic Warrior Workouts’ Has Been Announced

Being The Elite To Be On A Hiatus Until Further Notice
AEW’s Unrestricted Podcast feat. Madison Rayne