Vickie Guerrero On Creative Differences In WWE And AEW, More 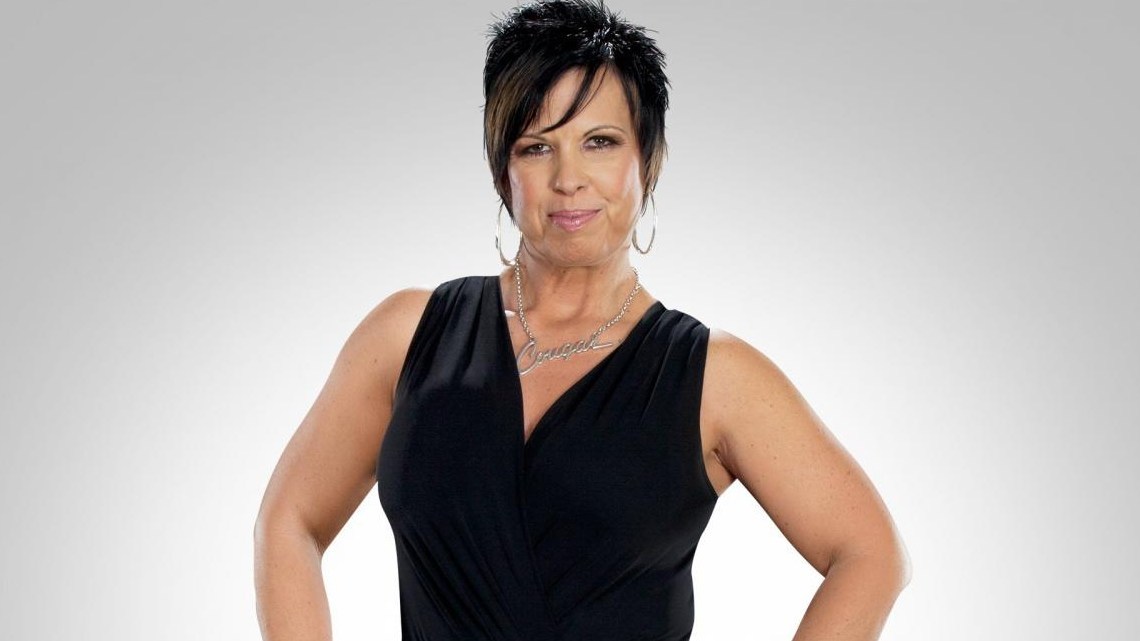 AEW Star Vickie Guerrero, who is the on-screen manager of “The Native Beast” Nyla Rose in the company, was recently interviewed by Instinct Culture’s Denise Salcedo on a number of topics. They discussed the creative differences between WWE and AEW, some of the new things she would like AEW to incorporate into the Women’s Division, how she ended up developing a relationship w/ AEW and more.

On the creative differences between WWE and AEW:

“Everyone is just amazing, it’s really just a family affair, everyone’s available. In WWE you kinda have to wait in line behind a closed door to get your turn to get your ideas in. Tony Khan is in the hallway, people can go up to him and talk to him about the show. Tony calls me, I was like ‘oh my gosh he’s calling me.’ I never saw a lot of people in WWE calling the talent. It’s a relaxed atmosphere to where they let the superstar do the creative, the creative aspects for that night. And I just thought that was brilliant and there’s a lot of young people on the roster and I saw the advantage to be able to share my knowledge and experience with them and that was exciting to me because this is how it works, the industry starts with the next generation and if I can share my knowledge and experience with the women there and even the men, I’ve gained something back and given back to them and that’s how we help each other out. So I love that part of it.”

On teaming with Nyla Rose and what she wants the fans to know about Nyla:

“Nyla, she’s a badass woman. It’s a different generation with AEW because they do a lot of gaming and of course they can hold their liquor a lot more than I can {laughs} but there are a lot of gamers and Nyla is a big gaming enthusiast. She has a lot of inner knowledge of characters, she brings those characters onto her own character in wrestling so I think with her expertise in that and with me trying to get the fans to engulf our tag team idea, I think we’re going to be able to compliment each other in so many ways. My ideas being the older generation and she’s the newer one so that’s’ gonna bring a lot of variety for us.”

“Being the bad guy of course I want to team up with the biggest woman they have on there besides Kong… I get to work with Nyla Rose, get to know her and I loved her character. I loved her attitude, her personality, and so when they teamed us up right away we took off with creative ideas and backstage content and t-shirt ideas and what are new hashtag was gonna be and I think she was kinda taken aback a little bit but at the same time I wanna show Nyla that I am one hundred percent in and I wanna show AEW that I am not here just because I am a Guerrero or because I am a General Manager, I am here because I want to be part of the team and I want to expand the women’s division and start running with it. I’ve had really good feedback, I am excited.”

“I think we are going to have a lot of great entertainment for the fans, I’d like to see her get the championship again. I can work on the voice part and she can work on the wrestling and I think that together we’re going to make this really great impressive team and bring attention to the women’s division. There’s a lot of great women on there, some fabulous Japanese wrestlers that are so talented and I think that’s just gonna bring a lot of variety and entertainment. And if I can bring a little bit to the team then I am going to be pretty happy with that.”

On some of the new things she would like AEW to incorporate into the Women’s Division:

“I’d like them to have a bigger belt. I think that would be so neat to have, and also different titles like Women’s Tag Team Championship titles, I think that would be great. I wanna see more attention to them, more opportunities. I think this is a great start. AEW is only a year old, they’re in a good place right now, what they’ve done so far has attracted me and I am a fan first and so to be part of this team and any ideas I can have or anything I can add to it– I am honored, I really am and grateful.”

“And I would love to see a women’s calendar come out, anything that is good for the women — I would like for them {the women} to be sponsored by a clothing line…They have AEW Heels already that Brandi Rhodes started , which is amazing. I can’t wait to get on the next call with them, so there’s a lot of things that are focused on just for the women and I think that’s important because the women’s evolution has been brought in so many directions that AEW is going to be really close to picking up their own style and their own outlets to expose the women.”

On how she ended up developing a relationship w/ AEW:

“I was in a business meeting in Dallas and Brandi Rhodes texted me and said, ‘Hey you want to do some commentary tonight?’ I went because I had been watching the show, I was a big fan of their product, I went and fell in love with how they operated, the roster, the administration, Tony Kahn, it was just an amazing atmosphere. I thought it was great, it was a good time and then we separated and we went our own way. Then I went back again. I thought it was a great opportunity if they would let me work there. I wanted to let them know, ‘Hey you know, I am not anywhere else, I would love to work with y’all.’ So little by little I started doing some appearances, and we kept in touch and now I am a manager for Nyla Rose. I am really hyped up about this.”

You can check out Vickie Guerrero’s comments in the video below:

MJP Will “Address The State Of The Industry” On AEW Dynamite
Jericho On Kross: He Will Be A Big Star In WWE, Not NXT